Five Ways to Defeat the Trump ..

An Open Letter to His Detractors, by Johnny Citrus...

An Open Letter to His Detractors, by Johnny Citrus-Seed 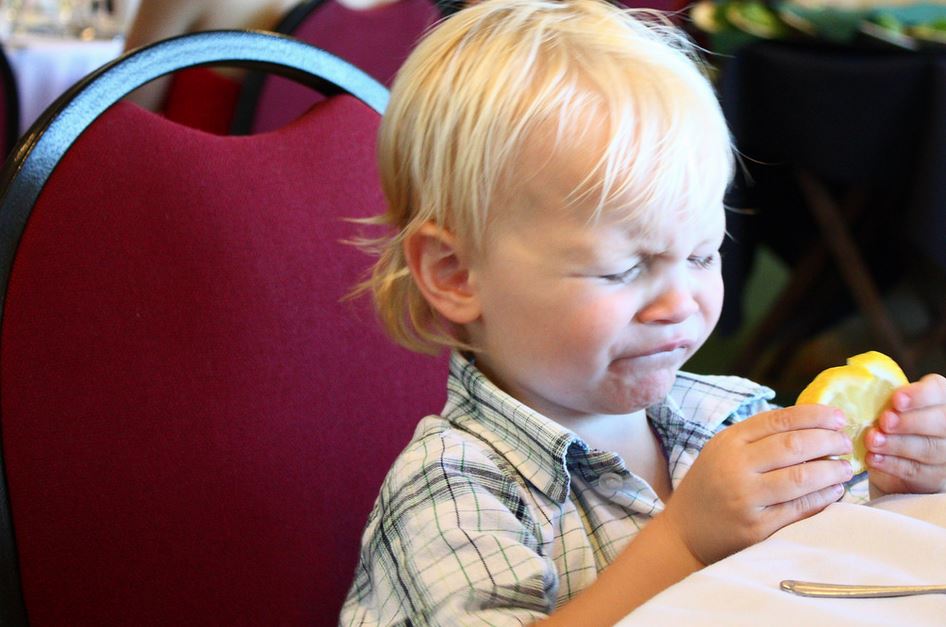 As we embark upon a new year, I’d like to take this opportunity to address some of the malicious things that have been said recently about me by my detractors, or “haters,” as the young people say.

As most of you know, it has been my practice over the past few years to wander from town to town, passing out citrus fruits to townspeople and their children in an attempt to prevent and to cure scurvy. The nay-sayers have said—or, in their case, nay-said-“What for? Scurvy is only a problem for people in the 18th century royal Navy.” In saying this, they shown their own ignorance. Nobody today belongs to the 18th century Royal Navy, and if they do, they are afforded ample supplies of citrus fruits, because we have come such a long way since then, especially by boat.

Besides, I mostly bestow my fruits the children. Why the children? Because they, unlike their jaded parents, are our future. They appreciate the value of a nice juicy orange, or a delectable tangerine. They don’t like the grapefruit all that much, granted. This causes me unspeakable amounts of pain, about which I cannot speak.   But the look on a young child’s face when you run up to her on the street and hand her a lime is second in wondrousness only, perhaps, to the look on the face of the police officer summoned by her parent or guardian. There’s nothing “weird” or “perverted” about any of this, by the way.

I’ve heard, in my imagination, many complaints in recent months that I haven’t been around as much lately compared to previous years. Some people have said that I’ve given up the practice altogether. That’s simply not true. What you need to understand is that Johnny Citrus-Seed is a one-man operation. I don’t have ties to Sun-Kist or Tropicana or the rest of Big Citrus. No, I do this on my own, at my own pace, in my own words.  Fighting scurvy is important to me, and has been ever since I was told that Jimmy, my best boyhood buddy, died of the disease. Even after I learned years later that Jimmy didn’t actually die of scurvy, that he was in fact “choked out” by his own father in a fit of alcoholic rage, my efforts to fight scurvy have gone on unabated. My instinct—my “gut”–told me that it would be easier to hand out lemons to strangers to cure scurvy, than it would be to hand out zucchini to cure alcoholic rages. And I always trust my gut, as opposed to trusting the guts of others, to which I do not, at the current time, have access.

And just because I may not have made it to your particular town lately doesn’t mean I’ve given up. Ask the good citizens of Sorghum City, Cooterville, or Teardrop Falls whether I’ve been around. They’ll tell you that I have. And yes, those are real places, not just names I made up, so don’t even bother to check.

People have also complained that the citrus they’ve been given is largely seed-free, and that when they attempt to plant the few seeds they receive, nothing ever grows. Well, I’m sorry. I’m no botanist, but I suspect the climate of my native northeastern Ohio isn’t exactly hospitable to citrus trees. Believe me, I’d like to live in Florida, where the citrus—like the people themselves–grows wild, but that’s not where I’m needed, now, is it? I’m doing the best I can, at something that doesn’t need to be done.  So whose fault is that? . As someone once said, “Blame the deed, not the seed.” I don’t know what it means but it sounds like good advice.

I’ve also heard it said that my very name itself, Johnny Citrus-Seed, has been appropriated from the better known Johnny Appleseed. Some people have even accused me of plagiarism, or copyright infringement, or product placement, or something with “torts” in it. To that I reply: Don’t be ridiculous. If I were to do that, I’d name myself Johnny Limeseed or Billy Orangeseed or Peter Lemonjello.

Look, it doesn’t matter what people call me. Just take the citrus fruit I give you, or don’t. Eat them, plant them, or sell them on eBay (and get scurvy).  At this point it’s hard for me to care.

Except who(m) am I kidding?  I still do care.  And I’m going to keep on caring, and giving, and handing out, and explaining to law enforcement, for one more year. After that, I’m done.