An Open Letter to His Detracto..

Bipartisan Blood Donorship Can Save A Bleeding Ame...

Bipartisan Blood Donorship Can Save A Bleeding America 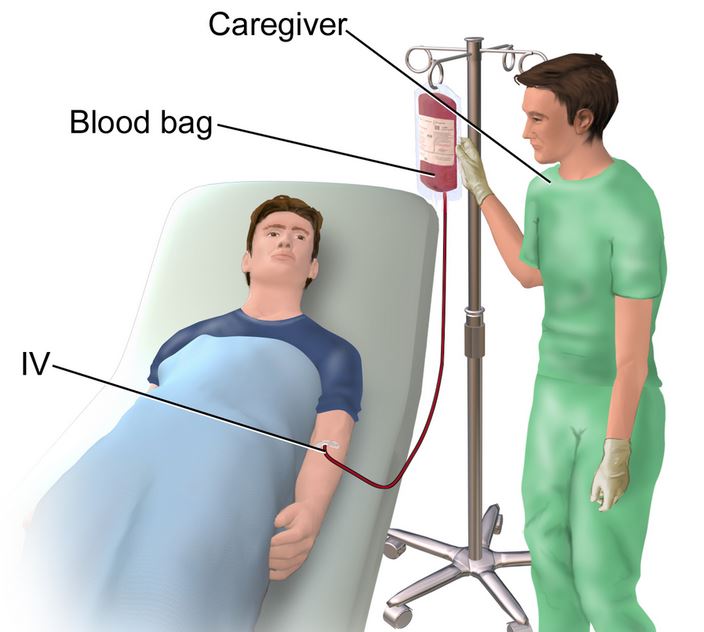 Reginald Q. Person III is the very wealthy CEO of a thriving corporation and a frequent editorial contributor to Our Foaming Fathers: America’s Most Rabidly Conservative News Source

The midterm elections are over. Congressional power has shifted. And real America needs a blood transfusion STAT.

Unfortunately, only two short years ago, real Americans were curious about what would happen if the country stuck its collective face directly into the business end of a table saw. And yes, okay, I’ll admit, who among us hasn’t been intrigued about some stupid goddamn bit of self-destructive folly at one time or another? Faced with the choice of playing it safe and not sticking our face into a table saw—boring!!!—and seeing just what we’re made of: We The People reared back and head-butted the whirling blades. It was a ballsy, high risk/high reward move to be sure, but, in retrospect, perhaps not the best thing to do, maximizing-our-most-beneficial-outcomes-wise.

A bit of personal perspective: My pappy was a pragmatic, play-the-percentages kind of fellow. Ol’ Pappy once purchased every single ticket in a 50/50 raffle, to be assured he’d win the whole damn pot. Which he did, thank you very much. We adoring grandchildren frequently played power tool assistant whenever he toiled away building Mimi’s “cockamamie thingamajiggers” in his beloved toolshed behind the trusty henhouse behind the original farmhouse behind the arguably-putrid slaughterhouse behind the thriving whorehouse. Just inside the toolshed’s creaky warped wooden door hung Pappy’s Toolshed Rules. Pappy’s number one rule? Don’t Peek Into The Enchanted Box O’ Rusty Hacksaws and Assorted Curiosities. (Only Uncle Hank ever dared. God knows what he saw, but he’s been in the attic babbling Swedish nursey rhymes for the past 13 years. And—trust me—Hank doesn’t know Swedish.)

You say: Bipartisan?!?!?! What the WTF?!?!?! I thought that was just another anagram for Biria Pants, whatever THEY are.

America is at a crucial juncture in our glorious history. We The People must open our minds—pun not intended—to bipartisan blood-donorship. That’s right. No more retiring to our personal all-too-comfortable echo chambers* to inject biased blood from the usual social media, television, and AM talk radio blood banks. It’s imperative that we—regardless of personal political bent—begrudgingly compromise and accept blood from both the universal receivers and—as much as the dear fans of Our Foaming Fathers may cringe upon reading the words—yes, the universal donors too.

Surely you recall high school biology. Just as two parties dominate the political scene, two blood types dominate phlebotomy. Type AB: The universal receiver, whose white Christian male body can accept briefcases full of untraceable dark blood donations from absolutely anyone, even occasionally almost always from the freedom-loving corporate billionaire body. In fact, you could say that the AB even stands for “alternative business.” (I’m slipping my domestic intern a ten spot to quickly lower and raise my right eyelid to make a wink.)

The other is Type O: The universal donor, whose body is so wretched and pitiful that it barfs out donations like some twisted Santa Claus who slices open his jugular over and over during some ghastly perpetual Christmas morning. How do universal donors plan to replenish the blood supply? Huh? Take so few drops from self-made wealthy job creators like me that I don’t even feel the slightest bit woozy? Balderdash!

Anyway, I was saying…bipartisanship? Barf, right? Believe it or not, blood donations from both universal receivers and universal donors are necessary. Consider the simple math: There are two blood type options, so both, mathematically, must have equal and coequal import. For instance, if we only listen to one side of any argument—no matter how ironclad that argument—we are equally coequal obliged to respect the equally coequal other side of the argument to get the equally coequal facts from both equally coequal sides. This posture holds true for all common issues of disagreement between two equally coequal warring factions: Man-made global climate change, the Apollo 11 lunar “landing”, the infiltration of LGBTQ space yeti into faculty positions in our public universities, etc.

We The People—read: every last American—must be 117% more-than-willing to submit some portion of our veins to both universal donors, and, perhaps even more importantly, slice open even more veins to freely offer to universal receivers.

Biological science and common sense dictates that a body cannot survive, let alone thrive, with only one single blood type in circulation. That would be some straight-up ridiculous reverse Frankenstein shit, right? A body—in this case, the body that real Americans call America—can thrive once more like during the unflawed Rutherford B. Hayes years by a strict 60/40, nay, 80/20 equally coequal infusion of universal receiver blood versus universal donor blood.

Sure, you may be compelled to ask: Hey, Mr. CEO Reginald Q Person III, what is the biologically scientific difference between blood donations from universal receivers and from universal donors, if you’re so supposedly smart? I’d answer by saying: Listen, I ain’t no biological whiz, nor do I pretend to be one on the television, but I can do the simple aforementioned math, and on a going-forward basis I possess the logical thinking skills that apply to the particular situation at the end of the day. Nuff said!

But you may have a follow-up question: But seriously, if I’m dying of blood loss and need replacement blood ASAP, why wouldn’t I want only blood from a universal donor, which, by definition, is the blood type sure to not contaminate my body? I answer thusly: Judging by your question I think you’re a total delusional boob. So let me do the figuring for ya’. Flood your body with universal receiver blood then add a drippy drop or two of universal donor blood to achieve plasmic co-equilibrium. Or something. Then you can honestly say you got bipartisanship in your veins. Now, go about your life. So help me God if you ask another question…

Watch my recently posted You Tube diatribe to find out how I own AOC sheeple with my perfectly adequate answers.

Surely, the ghost of Ol’ Pappy may lament that America disrespected one of his sacred toolshed rules. However, I know for a fact he’d be damn, damn, damn proud that the country he faithfully lived in–and on–truly embraced what is, technically, bipartisanship…not just about itself, but flowing deeply within itself. My dream, as both an American and a lowly chief executive officer, is to, one shining morning in the very not-too-distant future, wake up not to a divided East Coast Rapper America versus West Coast Rapper America, but to an honest-to-goodness theoretical Central Coast Rapper America—in short, a truly compromised America.

Matt's best-selling novel Save Me, Rip Orion was a finalist in the Amazon Breakthrough Novel Award 2013. His writing has been published in McSweeney's, Sherman Oaks Review of Books, Defenestration, Neutrons Protons, The Crucible, PGHCOMEDY, and various blogs. He authored the Back Deck Report on the Fansided site Rum Bunter. After years performing sketch/improv comedy and storytelling, he’s hung up his stage cleats. Check out his obligatory blog, Gunmeddle. Or don’t.