Letters to the poor Editors 11.. 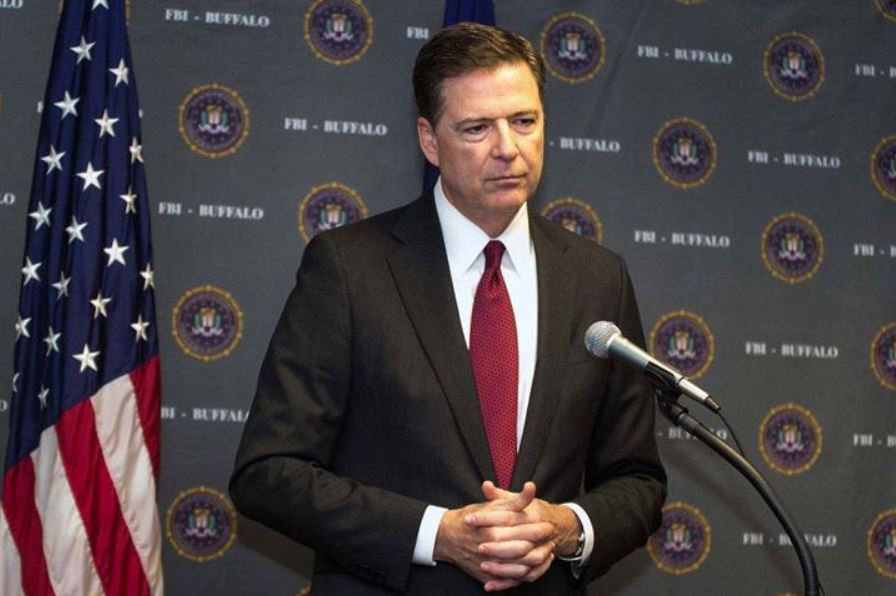 As you’ve probably heard, President Trump has completed, and purportedly submitted, his answers to the written questions posed to him by the Mueller investigation, and is pretty anxious to let us know that he did it all by himself: “My lawyers don’t write answers. I write answers. I was asked a series of questions. I’ve answered them very easily.”

Over this weekend, a reporter for the Sherman Oaks Review of Books was able to obtain a copy of Mr. Trump’s answers to 14 of the questions, which are offered below.

What did you know about phone calls that Mr. Flynn made with the Russian ambassador, Sergey I. Kislyak, in late December 2016?

First of all, I can tell you that I don’t know Mike Flynn very well. He worked for us only for a very short period of time. I’m not even sure what his job was supposed to be, okay? So if he was making phone calls I wouldn’t know about it. And believe me, he was calling everybody. The ambassador to China, the ambassador to Africa, a lot of top people. Lots of people were making phone calls to a lot of people at that period of time, and they had my full support.

With that being said, I think Mike Flynn was treated very unfairly when I fired him. It’s a national disgrace what happened with that.

I don’t know where people get this idea that I watch television all the time. I’m a very busy person, reading documents and talking to some of the most important people, leaders and generals, people like you wouldn’t believe how important they are. So I rarely watch television. And when I do I don’t really watch, I kind of skim. I skim. Especially CNN. I used to watch it, but it’s very boring, and their ratings are falling to pieces.

What did you know about Sally Yates’s meetings about Mr. Flynn?

Sally who? No wait, Sally Yates? That chick I fired? She said my beautiful travel ban was illegal. I had no idea she was dating Flynn. That’s terrible. He’s a married man! I mean I don’t blame him. She’s not what you would call a knockout, but I can see the appeal, that whole short-hair feisty Texas cowgirl character. And I’ll tell you, quite frankly, in my experience some guys like the whole intelligent-woman thing. Does Flynn? I don’t know. You’d have to ask him.

Well, I just said to myself, this Flynn guy, whoever he may be, seems to be getting a little out of line. People were saying he was lying about his calls with the Russian ambassador, lying to Mike Pence, who was the vice president at the time. In fact I think Pence is still vice president. It was a very sad time for me. I would have told him to call the Russian ambassador myself if he had asked me whether to do it or not. There’s no reason to be unfriendly to other countries. I may even have told him to do it myself and then forgotten about it. It was a very unimportant, very insignificant thing to me, at a time when I was so busy with other things, picking out a Supreme Court Justice and calling Mexico, and Canada, and Australia, so if I did tell him that’s why I don’t recall. So that’s why he had to go.

After the resignations, what efforts were made to reach out to Mr. Flynn about seeking immunity or possible pardon?

Why would I want to seek immunity? I didn’t do anything wrong. Look, first of all, there was no collusion. Also, as you know, I already have immunity. You cannot arrest a sitting president—especially if he has no collusion, which is what was pertaining to me at that time and it still does.

As far as pardons are concerned, I think I’ve shown that I’m pretty good at pardons. Universities have told me that I have made some of the best pardons in history. A very smart person from a university called me up and said, “Sir, your pardons are incredible.” Who did Lincoln pardon? Nobody even remembers that.

What was your opinion of Mr. Comey during the transition?

During the transition? He obviously admired me a lot. He confused me by the way he was working for Hillary and against her at the same time, and I was disappointed when he never locked her up, naturally. I thought it showed a lack of guts. But for the first couple of months I frankly didn’t expect anything like what ended up taking place as events came to happen.

What did you think about Mr. Comey’s intelligence briefing on Jan. 6, 2017, about Russian election interference?

That’s when I began to think maybe there’s something wrong with this guy. I was very surprised to hear the thing about the Russians. I kept thinking how would they know? Like if the Russians were really doing something like that, they’d keep it secret, right?

So it really didn’t make any sense to me. It still doesn’t. Putin denies it very, very powerfully. And why would he lie? He’s the second most powerful man in the world, after me. He would have no reason to lie.

What was your reaction to Mr. Comey’s briefing that day about other intelligence matters, including the Steele dossier?

I said you have to be kidding me because I would never do something like that. I don’t even look at myself when I pee, not that there’s anything wrong with how it looks, I just don’t do it. That story was disgusting beyond belief. Also I had no time to do it. I was running all over Moscow that day. In fact I was so busy I didn’t have time to pee. I went through the entire day without peeing. Not many people know I am capable of being able to do that.

I wanted to get to know him better. We have a lot in common, big guys—we’re both 6 feet eight– interested in sports, I’m president, he was FBI director at the time. Plus I wanted to share my ideas about fighting crime, like you should go after the real criminals, like illegal immigrants, not simple businessmen trying to make a living for their families in the real estate business, where you have to be tough, and NO WITCH HUNTS. Fortunately, as he told me three separate times, he was not investigating me. Not that I asked him about that. You’re not supposed to ask them, a lot of people don’t know that. He just told me, off the cuff. “Sir,” he said, “I know there was no collusion.”

Well, there you go. I was right about Flynn, wasn’t I? So I fired him on the 13th and then I had Comey stay in the Oval after a meeting with a bunch of people on the 14th to let him know I was in control. And to express how sad I was about what happened to Flynn. Poor guy! But Pence was having trouble with him, so there was nothing I could do. And maybe I said, like two or three times at the most, “Is there anything I can do for the guy?”

Thinking, you know, of getting him a present, or inviting him out to Bedminster for an 18. But unfortunately Comey thinks I’m asking for a favor from the FBI! The man has a naturally suspicious, vicious mind. But what do you expect? He’s in law enforcement. They deal with crooks all day. I don’t deal with crooks. I deal with people who are indicted but never convicted.

What did you know about the F.B.I.’s investigation into Mr. Flynn and Russia in the days leading up to Mr. Comey’s testimony on March 20, 2017?

I probably didn’t know anything, because nobody tells me anything. Which is very unfair, if you really want to know.

What did you do in reaction to the March 20 testimony? Describe your contacts with intelligence officials.

I didn’t talk to any Russians.  You can ask them. Ask any Russian in Russia if I talked to them. It’s fake news.

What did you think and do in reaction to the news that the special counsel was speaking to Mr. Rogers, Mr. Pompeo and Mr. Coats?

First of all, if you’re saying Mueller dragged in Mr. Rogers to talk to him, then that’s absolutely disgusting, because Mr. Rogers has played a very major role in the education of America’s young people and babies. Mr. Pompeo, I have no opinion. I’m not sure I know him. He knows me but I don’t know him. Mr. Coats—is he retail? Sells coats? I like his commercials but other than that I wouldn’t know.

Just catching up. Shooting the breeze. You know—small talk. Polite conversation, like I may have mentioned that I don’t know any Russians and I don’t have any money tied up over there and a man of my looks and reputation doesn’t need hookers and Putin probably hates me because I’m so tough on him.

The very unfair thing was, it was a cloudy day, and I mentioned this because, as a golfer, I’m always aware of when there are clouds in the sky. Of course I didn’t say that, because I’m always working and I hardly ever play golf, although when I do I’m pretty good and the pro’s at the clubs all talk about it all the time. A lot of people think I work harder than any president in history. So I may have talked about the weather, like “I’m trying to run the country and it’s a shame it’s such a cloudy day, wouldn’t it be great if you could just lift this cloud?” but he took it all wrong, as usual. Look, the important thing is, he liked me. And I liked him, although of course I knew all along that he’s a malicious slimeball.